Deadlands: Rise of the Black Circle – Near $5K and Over 275 Backers! First Stretch Goal Announced! 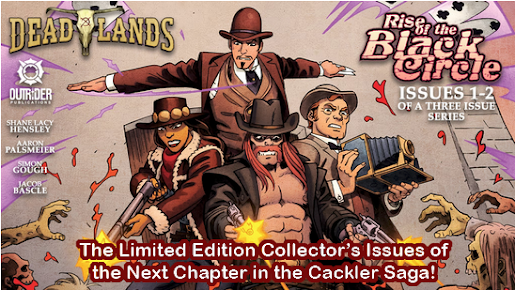 As Outrider’s Kickstarter campaign for Deadlands: Rise of the Black Circle Issues 1-2 enters its last week we are closing in on our goal and announcing our first stretch goal!

Written by Deadlands creator Shane Lacy Hensley with stunning art by Aaron Palsmeier and Simon Gough, this series features an action packed story, classic Deadlands heroes and heroines in a brand new adventure, and the rise of a dark alliance of black magic! This series has everything, whether you’re a long-term fan of Deadlands or brand new to the Weird West!

We want to thank everyone who has already jumped on board this campaign to back the limited edition, collector’s item issues, which will only be available through this campaign and direct order, never released into the general market!

And now, YOU get to be part of the action!

Our first stretch goal is a special Art Incentive Cover where 10 lucky fans will get to sign up for a special tier where their likeness will be ‘zombiefied’ in the giant [REDACTED] mashup cover for issue 3! Those lucky few who jump first (first come, first zombied) will get to see the cover teased in the back of issue 2, and will automatically ALSO get issue 3 when it ships, featuring the actual cover PLUS a full-sized, autographed 11x17 print of their undead debut in the Deadlands universe! Art will be by Deadlands: The Kid cover artist, C. Edward Sellner!

The tier will go live as soon as we hit our $6K goal, and those 10 slots will go fast! So, help get us there, and then be ready to jump to join the ranks of the undead!

To learn more about Deadlands: Rise of the Black Circle check out this exclusive interview with series writer Shane Hensley and editor C. Edward Sellner as hosted by Chris Landauer! 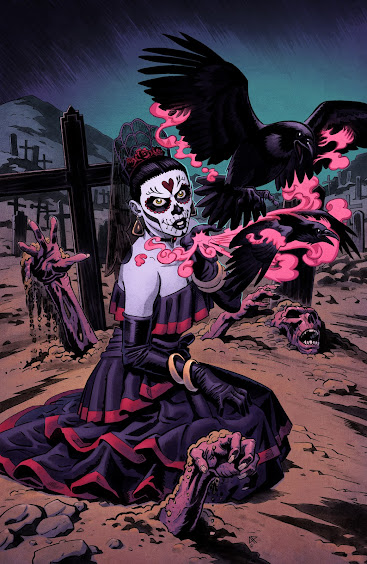