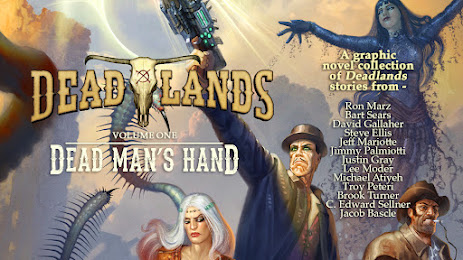 Dead Man’s Hand is a collection of one-shot stories set in the Weird West world of Hensley’s Deadlands, featuring stories from some of the industry’s top creators.

A wealthy man searches the Great Maze for the beautiful woman who has haunted his dreams for decades; a silent bounty hunter rides into a secret-laden remote town; an inventor risks even his immortal soul in his Faustian quest; and a warrior woman journeys south in search of her mother, swearing to kill anything that gets in her way.

The Kickstarter features a 6.63″x10.24″ hardcover of 100 full-color pages and backer rewards including sketch pages, character bios, game content to add to your Deadlands’ campaigns... and a sneak preview of the first all-new Deadlands comic series debuting later this year! 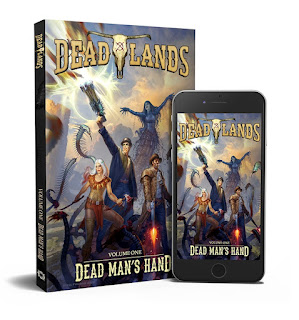 Back Dead Man’s Hand: Deadlands Vol. One on Kickstarter now!